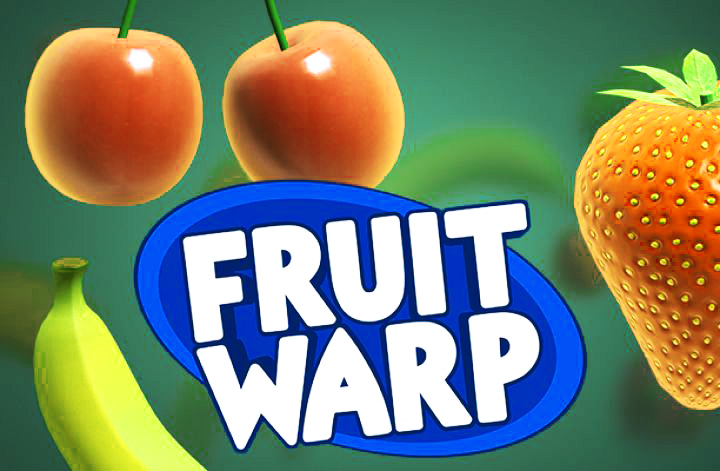 A non-standard approach to the gameplay was again demonstrated to the players by Thunderkick. Their slot machine Fruit Warp is stuffed with interesting solutions to the game's functionality, as well as special features.

Since there are no lines, winning combinations are counted by the number of identical symbols. In total, 9 symbols are displayed on the playing space at the same time, and the winning combination starts from 3 identical symbols. Each symbol, however, has its own value. The most expensive symbol is the rare Thai sweetness of Dragons Fruit, and the cheapest symbol is the cherry growing in the garden of the grandmother in the garden. The player can receive the greatest prize if 9 identical symbols appear on the screen at once.

The launch of the rotation of fruit-berries in this sweet brew begins with a choice of rates. By default, Fruit Warp has a 0.10 coin rate, but the player is fully entitled to put a fixed bet amount from the same 0.10 to 100 coins. The bet is made not on the line, but in general, for all the game action, that is, from the virtual account of the player will be written exactly the amount that he chose as his bet.

Description of the game interface

The most interesting point of Fruit Warp is the prize (or bonus) rounds. Bonus game starts when 4 or more identical symbol-fruits fall out. These 4 or more identical pictures launch a teleporter for fruit, and other places that do not fall into the bonus combination of fruits appear completely different, thereby increasing the chance to break a really big jackpot. The combination of 5 or more identical fruit-berries activates a fruit-measuring scale. This is the area immediately below the symbols with arrows and pictures. After that, the winning symbols will not leave their places, and the others will replace each other. In the case when from the newly arrived characters at least one turned out the same kind as the symbols of the winning combination, then teleportation will continue its fantastic business, advancing the player forward on the scale. The further the player enters this bonus holiday of coins, the greater the amount will be won, as well as the additional lives for an even greater stay in the fruit-and-bonus ecstasy of winning!

Together with the lines and drums, there is also no Jackpot, a scatter symbol and a wild symbol, which, in fact, does not matter and so a very interesting game comes out.

On the bottom left of the game space, the player will be able to familiarize himself with the rules, features, possible winnings and details of the bonus game by clicking on the corresponding buttons.