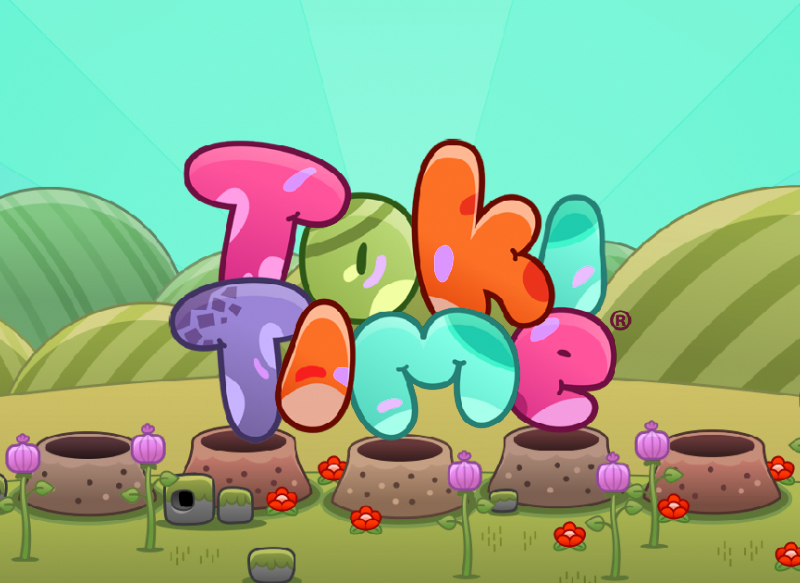 When the traditional plots of gaming devices become stale, players choose novelty machines with unusual themes. For users who are in a playful mood, a free Toki Time gaming machine, represented by Thunderkick, is suitable. In this slot there is no serious plot. The heroes of the game were multi-colored funny monsters, at the sight of which any player will certainly smile. It's hard to say who they really are. But the fact that Thunderkick created the characters of the Toki Time slot with creativity and love, is undoubtedly.

Outwardly free Toki Time machine is similar to the cartoon story. As if the theme invented for children is embodied in bright colors, entertaining animation effects and colorful details. But this does not mean that the functional automaton is also not serious. On the contrary, the model options give hope for a game full of emotions and potentially rich in rewards.

In the Toki Time slot 11 always active lines. Combinations on them are formed in 2 directions: from left to right and vice versa, starting from any edge drum. It is necessary that continuously 3-5 such game symbols fall through such rules. Return of the gaming machine - 97.1%, so expect frequent loss of prize combinations. The automaton is presented as a 5-tyraban model. But there are no usual drums in the machine. Symbols are fired from 5 holes and change, rotating vertically.

Among the game images there is a wield that has the ability to stretch over the drum. It is not necessary to wait for it on all the drums: it does not act on the extreme. Appearing on the screen, the wild symbol remains in place, and the rest of the pictures change when you rotate again. Wild replaces other images in incomplete combinations, if necessary to obtain a prize combination. This is the only special symbol of the game.
Respin is the only bonus option available in the Toki Time gaming machine. The risk game with the prospect of doubling the winnings is also not provided.

The gaming device is convenient and easy to manage, because a Russian version of the machine is available. The minimum number of buttons on the panel is enough to control the game process. The detailed information presented in the help section of the machine helps to understand the rules for the formation of combinations and payout ratios. There is another feature: in the section there are tabs for general settings, the choice of the value of the bet and the parameters of the auto game.

Free Toki Time gaming device deserves attention thanks to an unusual story, creative graphics, great animation. The advantage of the model is the ability to collect winning combinations in 2 directions. And the absence of thematic bonus rounds is compensated by the high return of the model.