Start to Play Well of wonders 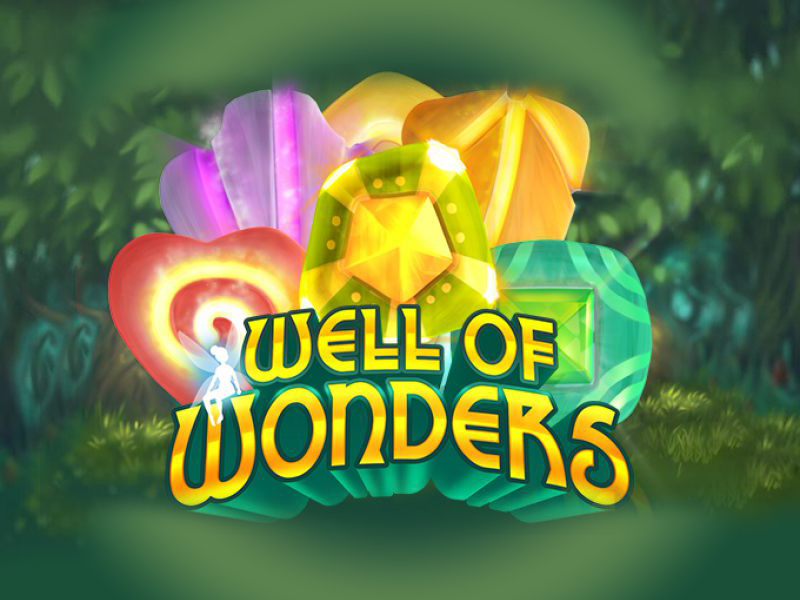 Unique developments from the company Thunderkick have long been known to connoisseurs of the game world. Each automaton of the brand is a combination of a non-standard theme, magnificent design and original functionality. Nontrivial solutions of traditional tasks distinguish the company's products. All of these characteristics are inherent in the Well of Wonders model.

FREE GAME AT THE WELL OF WONDERS

The unusuality of the free slot machine Well of Wonders manifests itself in many parameters. There are no traditional lines and drums. That is, the model and video slot is called with great reserve.

The task of the player is to get on the screen a combination of 3 identical stones, at the beginning of the round departing from the magic well. The game process in Well of Wonders begins after the user forms a bet on the round and gives a start to the game. From the well depicted in the center, stones begin to fly out. If out of 7 copies that are in front of the player, 3 will be the same, a payment amount is sent to the client balance. The played stones disappear, making room for new symbols. If you get a new prize combination, then it is paid at a double rate. Continuous formation of combinations can increase the payment by 32 times.

In a small company of game images, developers have put a wild - this is also a stone, but with the letter W. Wild is useful when falling out in incomplete combinations: it is able to replace any image and bring a win. Can act immediately in several combinations.

BONUS PLAY OF THE WELL OF WONDERS SLOT

Bonus option in the machine Well of Wonders, too, is impressive with creativity. It is available in any unsuccessful round and is activated randomly. A fairy appears on the screen before the user. The fairy magic will turn single stones into other symbols. If successful combinations are formed after the transformation, they are paid according to general rules, but with increased coefficients.

It is not difficult to master the gameplay. The Bet button helps determine the bet. This is enough to start with a round button on the right, a standard or automatic game. The table with information help will help you to orient yourself in the coefficients assigned to the symbols of the machine. Audio and screen settings are available. A pair of scoreboards show the statistics of the game. Cash counts the money on the account, and Win shows what winnings were received in the round.