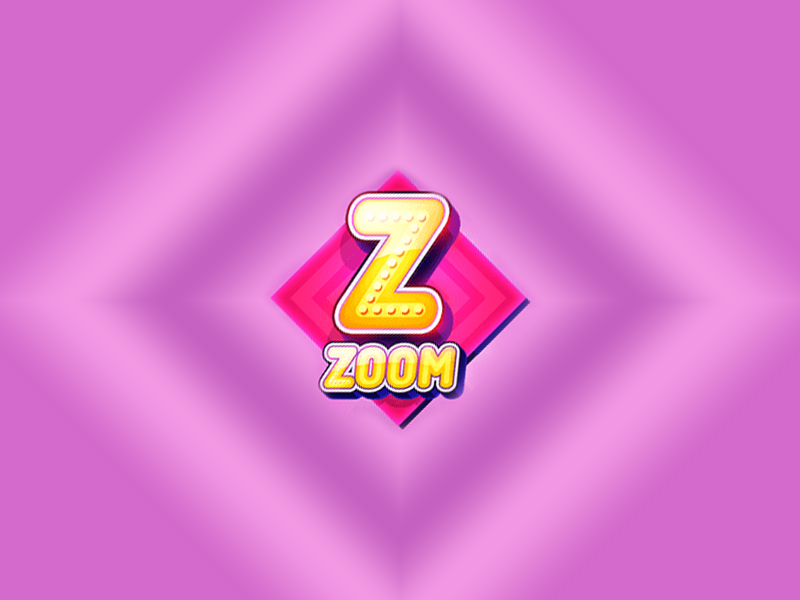 Getting acquainted with the machines of the company Thunderkick it is easy to see that they are all non-standard and pleasantly surprising with their gaming characteristics. It seems that the company has set itself the task of offering players only non-local entertainment. Otherwise, how to explain such a number of original options and properties in the free slot machine Zoom?

Traditionally, there are 5 reels in automatic machines, and there are 6 of them in Zoom. The number of lines is also non-standard - 64. All lines participate in the game process. This method significantly increases the chances of winning, because several combinations can be considered successful simultaneously. The picture on the screen of the slot machine is also original. The playing field is divided into blocks and cells. Of the 24 cells, six blocks are formed with an equal number of cells. In some moments, several items can deal with the same symbols at once. Winning is a combination of 2-5 characters caught on the line, starting with the far left drum.

Only in one aspect, the creators of the free Zoom device allowed themselves to continue the gaming traditions: in the selection of fruit symbols. On the reels turn seven, stars, bells, fruit and berry designations - classics of game graphics. There are 2 special characters in the video slot. Wild (English-language inscription) forms its own chains and participates in incomplete ones, substituting any picture for winning. The Zoom-symbol has an unusual property. It produces images of Massive and Super Massive.

Zoom-symbol, appearing in one of the blocks outlined on the playing field, allows any image to turn into a Massive Symbol and take, increasing in size, the space in front of the cells. If the Zoom-picture appears in the 4 neighboring compartments, Super Massive Symbol appears, and the game goes into a free mode. At this stage, the bet made by the online institution is played.

BONUS AND RISK GAME OF THE ZOOM SLOT

The risk-round, giving the chance to instantly double the win, is absent in the Zoom device. The algorithm of operations in the Zoom slot is extremely simple. Before running the game process, the button to the right should determine the bet on the end. This is done using the button Bet. There is an auto-rotation mode in the machine. Detailed information about the bonus offers and the rules of payment of combinations the player can learn from an understandable information table.

The video slot is remembered by non-trivial properties. In it, unusual combinations of symbols are arranged. The design of the model is also not banal. Unusual signs are different Zoom-symbol, making wins more frequent due to the transformation of pictures into a single element. Quality graphics and impeccable animation make the game an unforgettable spectacular spectacle.