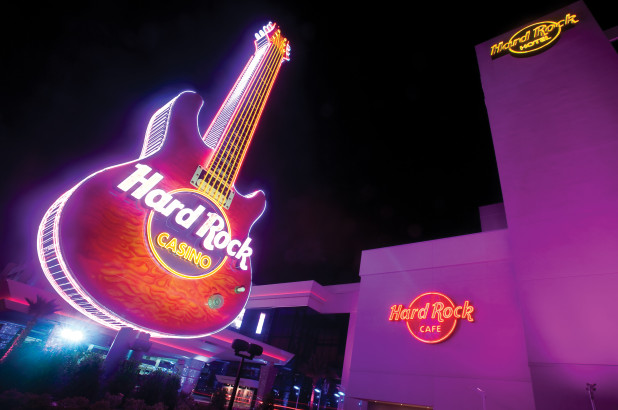 Hard Rock Casino to go ahead with $700m expansion

Almost 1,000 part-time and full-time jobs will be created and 1,022 indirect jobs are expected to follow. The Seminole Hard Rock Hotel & Casino in Tampa, Florida has started construction on the $700m expansion of the states biggest casino.

The hotel will see an extra 200,000 square feet of gaming and entertainment space, filled up with 5,000 more slot machines and up to 200 new tables, making it one of the largest integrated resorts in the US.

Alongside the increased game space, there will be a new 15-story hotel tower with an additional 564 hotel rooms and suites.
In total, the expanded Seminole Hard Rock Hotel will offer approximately 800 guestrooms. The top floor will have its own gaming parlor, exclusive check-ins, and a private lift service.

A 30,000-square-foot event center will be housed within the casino’s second story. It will have a 17,000-square- foot grand ballroom, which could host conventions and trade events.

The expansion is set to be completed by mid-2019 and will form part of a $2.4bn expansion to Seminole Tribe of Florida’s flagship casinos.

The Florida expansion will create more than 2,000 construction jobs on¬site during the two-year building project. Almost 1,000 part-time and full-time jobs will be created and economic analysts say another 1,022 indirect permanent jobs will be generated by casino expansion.

"Our expansion plans are very exciting and we are really looking forward to Seminole Hard Rock Hotel & Casino Tampa becoming a full destination resort at the completion of our development in the summer of 2019," said Joe Lupo, President of Seminole Hard Rock Tampa.

"With a record number of tourists - over 116m - traveling to Florida in 2017 and the Seminole Tribes commitment to Florida with expansions in Tampa and Hollywood, we certainly will be proud to see that trend continue in the future. The 116m visitors to Florida in 2017 included nearly 11m international travelers."