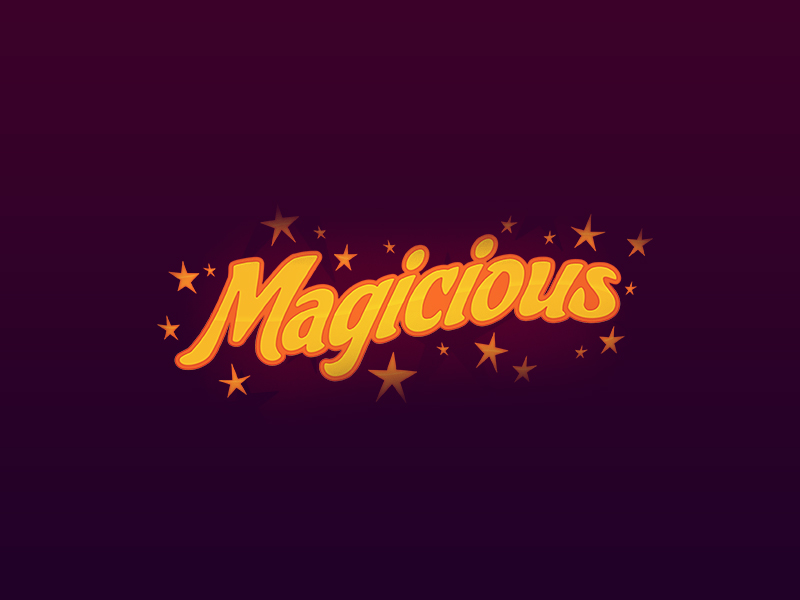 The main game of the video slot Magicious (or Magic) is launched by the button, which is at the bottom right with the image of rotating lines. The game automatically makes a bet of 1.00 coins. The bet can be selected from fixed amounts by clicking on the button with the image of the poker chip with the number 1: before the player opens a table with the possible rates from 0.10 to 100.00 of coins. An interesting point: the bet is not multiplied by the number of fixed paylines, but is placed simply on the rotation.

In total, the game has 10 lines, which are always active (the player will not be able to deactivate any lines). Combinations on the lines are considered only if they originate from the first drum (the magician lets the magic ball through the winning combination) or from the fifth (from the right to the left: then the charming assistant uses her magic on the winning combination).

Features of the virtual slot Magicious

The extended wild symbol is represented by a magic ball of soothsayers of tender pink color. This rounded wild-symbol can appear on 2, 3 and 4 reels, turning other vertically placed under it or above it symbols into the same spheres. At the same time, the wild-symbol freezes the drum on which it is located, rotating other unused drums. The maximum number of turns of the drums from wild is 3. Wild can appear both himself and in the company with one or two wild fellows.

Famous developers of slot machines company Thunderkick gives the player the option of additional control over the reels by the spin start button. A special feature of the Start button is the ability to stop the process of rotating the reels at any time.

The automatic game is configured by the button, which is to the left of the Start button. The player can only choose the number of automatic rotations of the reels. The developers abandoned the advanced settings of the automatic game in favor of conciseness and simplicity. Termination of automatic scrolling of reels with a certain gain or loss is absent.

Bonus levels, risk game for doubling and other additional mini-games also will not meet the player in the Magicious machine. The jackpot, however, is also not provided.

For more information about the Magicious gaming machine, all sorts of rules, the layout and structure of lines, multipliers of game symbols and the action of the extended wild-symbol, the player can look at the menu on the button with the square of the points that is located in the lower left of the game space.