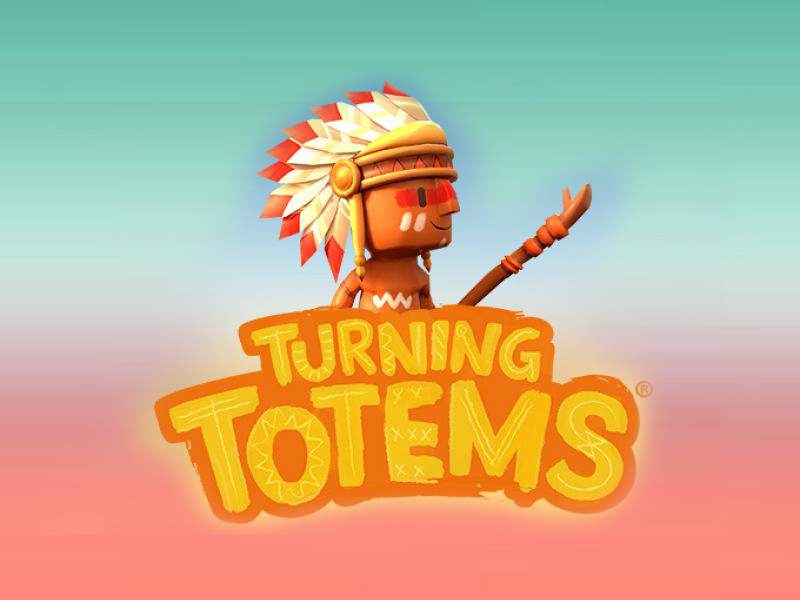 3D slots - this is one of the latest innovations in the world of entertainment. The technology of creating a 3D image came from the film industry, but many developers actively use it to create their products. They win at the usual gaming machines due to the high quality of the picture and technology. The unique graphics will help the player to plunge into the world on the screen of the monitor and to spend time fascinatingly. In addition, 3D slots will please a variety of additional levels and opportunities. It is to such games is Turning Totems (Rotating Totems) from Thunderkick. This developer is very young - he started his work in 2012, making a bet on modern technology. Thunderkick sought to translate the most original ideas and concepts. In 2016, he introduced the Turning Totems gaming machine, which is not similar to other slots.

Theme of the slot machine

As you can guess from the name of the slot - Turning Totems (Rotating Totems), the plot is based on the beliefs of Indian tribes. Slots dedicated to Indians are very popular among gamblers. The most recent of these is the Wild Hunter slot machine, which is dedicated to the tribal hunter. Indian tribes inhabited America many centuries ago and had a consistent worldview. Thanks to this, many developers often use this theme in their products. The creators of Turning Totems originally defeated this theme, portraying it in a cartoon style. In the maintenance of the chosen themes on the screen the player will see a funny Indian, as well as totem poles.

Description of the design of the slot

The decoration is very bright and colorful. It is performed using the best 3D technologies. 3D images will transfer the user to the fairy-tale world on the monitor screen. Here you can see a funny Indian standing motionless. But, as soon as the prize combination has formed, he starts happily jumping and waving his arms. The central part of the screen is occupied by drums. They have an unusual appearance: they are not marked and do not have the usual boundaries. Another innovation is the lack of a familiar control panel. This added the design of Turning Totems with a matching zest. As game symbols used muzzles of animals and masks.

In general, the design of Turning Totems is different from other video slots. Those who are tired of jaded topics and monotonous design, will certainly love this game.

Description of the game interface

The control panel is not allocated in a separate block. The keys for controlling the game are located on the right and left edges, and the central place is allocated for the indicators of the amount of the bet, win and balance. On the left are the keys for personalizing the slot, as well as hints. Here the player will find payout ratios, game rules and descriptions of each game step. On the right side there is a bet key, auto plays and reel start.

Before the start of the game, make a bet. To do this, just click on the icon with the image of the chip, after which the entire range of rates opens before the user. The auto play mode allows up to 5000 drum rotations. A separate option allows you to stop the reels after the appearance of the prize combination. A large round key triggers a one-time rotation of the reels. The number of game lines on the Turning Totems gaming machine is not selectable.

The Turning Totems gaming machine differs not only in its graphics and design, but also in the way in which prize combinations are formed. The paid chain can be formed from any edge of the screen. Another difference - the symbols may not line up in a row. The prize combination can cover the same symbols on adjacent reels and rows. Thanks to this, the returns exceed 96%. But this is not the end of surprises! Each slot cell can rotate in any direction in any order. As you can see, the standard rules for video slots do not work in Turning Totems. This will add to the game of excitement and increase the involvement in the gameplay.

The image of the snake is a scatter in the game Turning Totems. It can appear anywhere on the game screen. If one snake icon appears on the screen, then the user can count on one respine at the expense of the game. The appearance on the drum of this symbol makes it special, it begins to burn in gold. As soon as three or more drums light up, frisina begin. At a time the player can get up to 5 twists at the current bet.

An image similar to a golden bird is a wild symbol. But its functions are different from the usual ones. All the time this is the usual game symbol forming combinations, as well as other images. But as soon as a snake picture appears on the drum, a wild bird becomes a wild symbol. That's why in the game it's called Sleeping Wild - a sleeping wild symbol. It can complement combinations of other symbols, making them prize-winning. If the prize chain was formed only from wild symbols, it will be paid at the highest rate.